2017 Malcolm Hanson Trophy
As planned, the Malcolm Hanson Trophy for 2017 was awarded at the January 2018 meeting. The idea is very simple – following the final meeting of each year, all members are invited to vote for their ‘top five’ from a list of all models which were completed in-year by SWMC members. We then gather these results and use them to compile a top ten.
We had a good number of nominations (thanks!) and a real variety of models were featured. We had several tie-breakers, where multiple models scored the same number of points and these were resolved by looking at how many 1st, 2nd, 3rd,4th,5th places had contributed to the scores in each case.

The 2017 Malcolm Hanson Trophy was won by John Day with his Set Ten Fire Escape.

Second and third places were taken by Neil Bedford with his Lotus 25 Racing Car and Chris Bates with his AEC Matador Lorry. 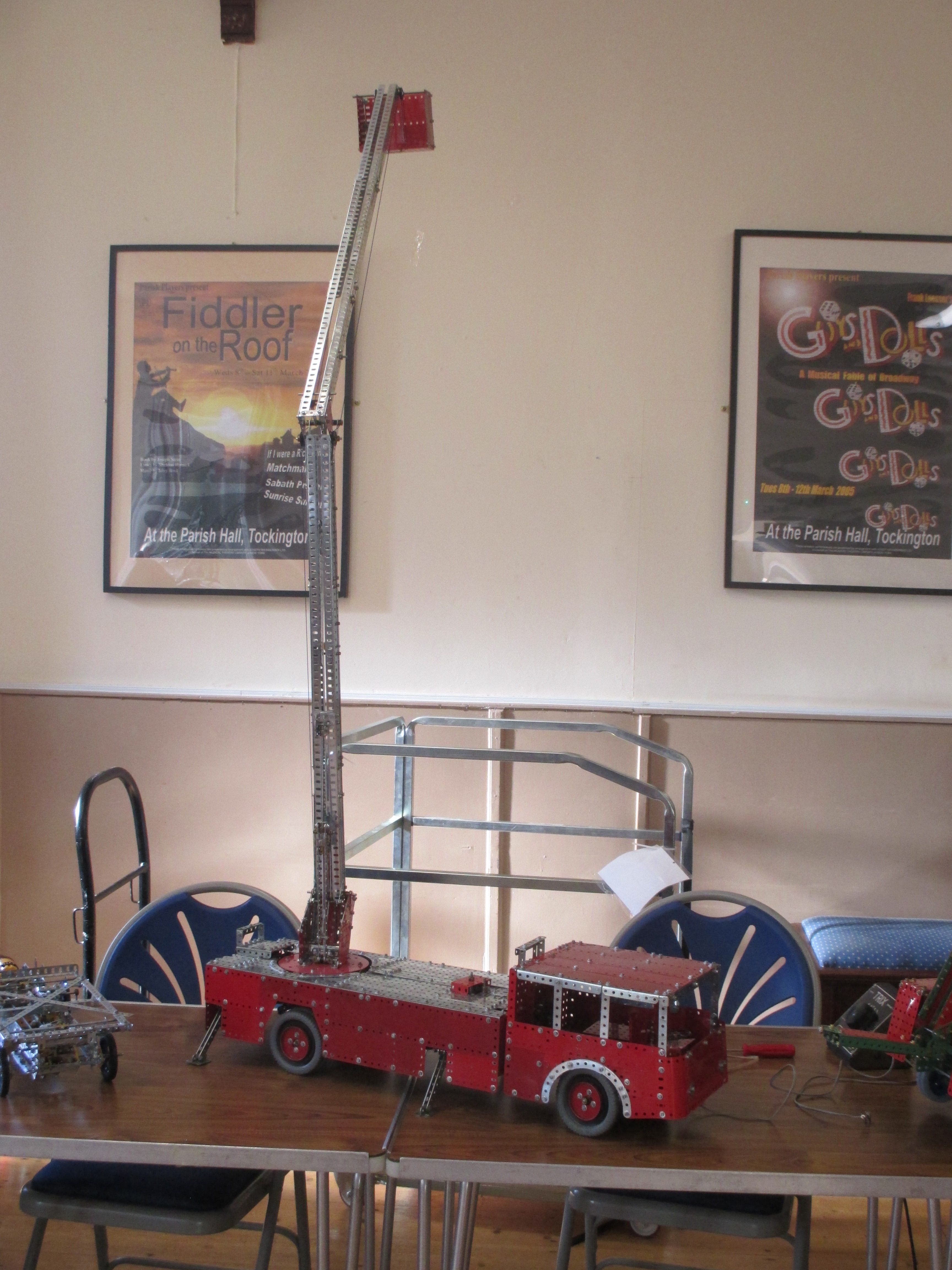 So, congratulations to John, who is our first winner with a model which was beautifully constructed, worked very well indeed and which really showed the true potential of the famous Set Ten. John will hold the large Malcolm Hanson Trophy for the next twelve months and has been given a smaller, engraved trophy to keep forever.